Fred - Part 1 - Modding The Quiet Into A Server Rack Case

Fred is an old Supermicro rack server that I got as an attempt at building a NAS that replaces all the smaller NASs that I already had. But I like to collect stuff and it's never going to be enough. So it ended up being just another extension of my home network.

It's an old 3U Supermicro server case with 16 3.5" hard drive drawers, a good but not too bulky Asus motherboard and a nice low-power Intel CPU. I kept the motherboard, CPU and 32 GB ECC RAM. It's more than enough.

I wanted to do some mods on the case though to make it more comparible to my home and my visual taste in computer cases. In short, what I did was: Switch the PSU to a quieter one, build fans into the lid for quieter drive and card cooling, painted the case, switched the CPU cooler for passive cooling, added two HBA cards and 14 8 TB hard drives (two drawers left intentionally free).

I will tell about/may document these mods in more detail in separate entries. 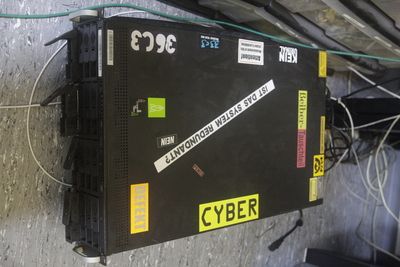 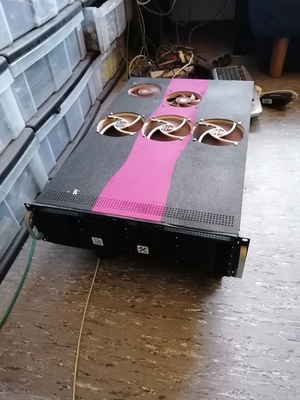 The pretty much finished case 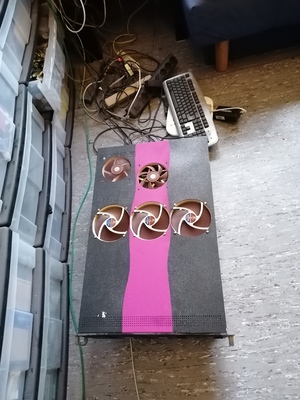 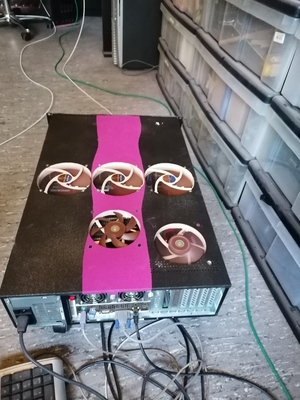 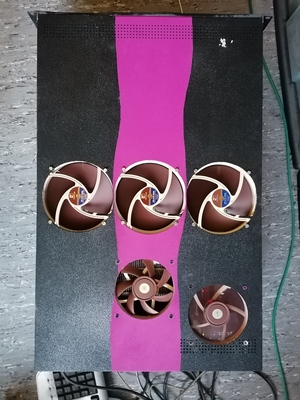