It was recently put into my mind that a purpose of poetry might be to conver emotions independent from the meaning of its words, phrases and sentences. It might not matter that one doesn't understand the words and lines of poetry or can't relate to what they say. One can take away something from it anyway, by obtaining some mood or getting an idea or a case for thought.

That bis a new idea to me. Kepping that in mind, I may be able to enjoy more poetry. As long as I don't feel compelled to try to understand what must be the one true meaning of a piece of poetry, I may get something else out of it, whether it's what the author intended or thought of or not.

That thought shouldn't feel so new to me. There is music that I enjoy listening to without understanding the lyrics, either because I don't know the language and never bothered to translate them or because their meaning isn't clear to me. And there is Sigur Rós whose lyrics are mostly in "Volenska", a language that has no meaning by itself. The voice is more like an instrument. I enjoy many of their songs. But I usually expect a poem to have a clear meaning. Maybe not anymore. 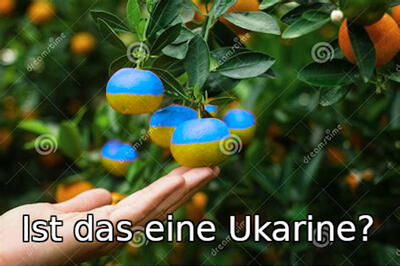 Write "Noodles belong in the osophagus, not the trachea." 100 times and bring me the sheets when you're done! No talking or leaving the room until then. And write legible, or you can start over!

How can you explain the meaning of the word 'remember' whichout using that word in a definition? How do children learn what that word means (as well as other non-tangible terms)? I suppose only non-children regard it as incredible how easily those who still enjoy their high neural plasticity learn (e.g. languages).

Renovating a house produces images that look like album covers. 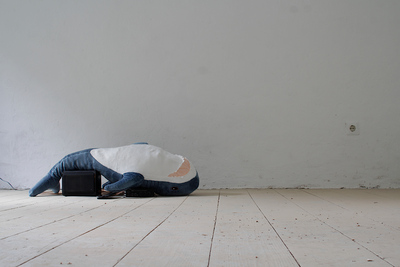 A Blåhaj lying on its back on a speaker and a small amplifier connected to a phone in an otherwise empty room.
Comment via email

Did you ever have an idea while being asleep, maybe while waking up but still half dreaming, that was so good and possibly life-changing that even 10 years later you can't get over the fact that you forgot the idea moments after thinking "I have to write that down after I went to the toilet!"? Me neither. But notworthyly many people do.

It is often said that many famous ideas and inventions have been perceived in a dream before sharing them or creating them in the waking world. The sewing machine needle story is exhausted. I for one don't think that many ideas or inventions have been or are perceived in dreams. At least not so many that it would be a fact worth mentioning. Considering that most people spend almost a third of their life in the state that allows for such perceptions to occur, why wouldn't many of the ideas that are being had be perceived in a dream state?

Because of volatile memory. (I'm not talking about elektroncs in this entry.) Dream memory is notoriously unstable. Even to people who make a point out of remembering and possibly creatively working with their dreams it's not uncommon to forget the weirdest things. Dream recall can be trained (and usually fairly easily at that). But even for those who remember multiple long dream every morning it takes an especially exciting or important-seeming dream to lift the dreamers memory of it so high that it can be recalled with no more gaps and changes than is usual to rememberig waking memories from about the same time ago. It is a very rare exception, a handful dream excerpts a century maybe. Every other dream content is gone after year, most after a day or two. (By the way, that's not necessarily true for more or less direct effects on the dreamer's feelings, toughts, instinctive behaviour and intentional decisions.)

But many people do attribute enough importance to their dreams to usually remember them when anturally waking up in the morning or when waking up at night. Even when you don't, you'll wake up with dream recall every now and then. And if there seems a solution to a problem that occupies your mind currently, then that recall is more likely to stay afloat for long enough to be dragged over to less volatile long-term memory.

But that's not always the case. When your thoughts drift or you're distracted by something before your brain has fully switched to waking mode, even the biggest and most important thoughts can vanish quickly. I'd assume that that happens more easily or more commonly to people with AD(H)D and possibly to other neurodiverse people. I'm sure that it has happened to you numerous times. If you don't rmember it, maybe it wasn't a big deal to you. (It usually isn't.)

I've had genius story ideas for a movie, short story or book, several times in dreams. I mean actually genius, never-before-done storytelling inventions or an actually innovative story telling trick, not just ideas that seem like I might be able to sell them or something. Most of them I've completely forgotten except for the fact that I had them. (Maybe I forgot about even more but so completely that I don't even remember that there was something that I forgot.) I don't mind though. I know enough about dreams and the difference between dreaming and waking judgement. In dreams the evaluation of thoughts and perceptions (dreamed or from the waking world) are often different, sometimes very very different, from what one would consider normal, but don't seem that way to the dreaming, perceiving, thinking person at the time. I know how common of an error of judgement it is to believe to have an amazing, revolutionary, genius idea in a dream/while waking up, write it down while still not quite awake, read it later and be rather amased by the memory of believing that that would be a good idea. The written down scribble (Those notes tend to be of less than great handwriting or contain more mistypings than usual.) range from

That is why I don't feel bad about losing a great idea when I seem to after waking up. I know it never turns out to actually be a good idea. Even banale thoughts or random strings of words can be used to create meaning from or to attribute meaning to. But I can do that with pretty much any of my dream recall. And I rarely do that.